The Selkirk Rex is distinct from a lot of other cat breeds. With a thick coat of woolly looking curls, the Selkirk is sometimes nicknamed the cat in sheep’s clothing. Like his curly-coated cousins the Cornish and Devon Rexes, the Selkirk is the result of a natural genetic mutation, but he has a very different look, thanks to his dense coat and heavy-set body. 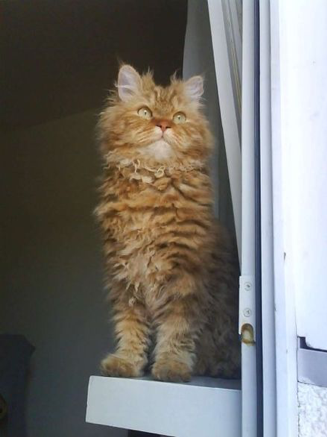 The Selkirk originated in the State of Montana, where the first known cat of this type was born in 1987, one of a litter of six kittens found in an animal shelter. The others had the typical straight coat of a domestic shorthaired cat, but the curly-coated female was so unusual that she was brought to the attention of a local Persian breeder, Jeri Newman, who adopted her. Newman named her Miss DePesto and, out of curiosity, bred her when she was grown to a black Persian. Of the six kittens Miss DePesto produced, three had curly coats, indicating that the gene for the characteristic was dominant. That was not the case with the Cornish or Devon Rexes, which owe their wavy coats to a recessive gene. She also carried genes for long hair and a pointed coat, and both traits made an appearance in her descendants.

The Selkirk is the relaxed Rex. His Persian and British Shorthair ancestors (learn more about shorthair cats) give him a placid, cuddly nature, but he is more active than those breeds and likes to play. People who live with him describe him as sweet and endearing, with a bit of a silly streak. 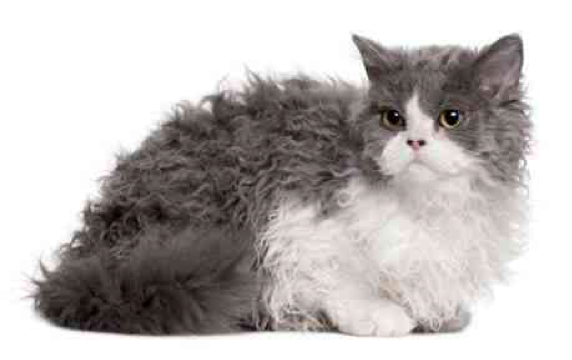 Tolerant and affectionate, the Selkirk is not always a lap cat, but he likes people and other animals. With his sociable nature, he dislikes being left alone for long periods. Keep this fun-loving cat entertained with a fishing-pole toy or flashlight beam, and he will be thrilled. Ignore him at your peril. He won’t hesitate to demand attention in a small, quiet voice if he feels that he’s not getting his due.

END_OF_DOCUMENT_TOKEN_TO_BE_REPLACED

This feature require that you enable JavaScript in your browser.
END_OF_DOCUMENT_TOKEN_TO_BE_REPLACED

This feature require that you enable JavaScript in your browser.
END_OF_DOCUMENT_TOKEN_TO_BE_REPLACED

This feature require that you enable JavaScript in your browser.
END_OF_DOCUMENT_TOKEN_TO_BE_REPLACED